St. Stanislaus Parish was established in 1878 and originally was formed from Stockton. It embraced all the present Stanislaus County and uncharted territory south towards Fresno.

The first territory taken from the original Parish formed the present parish of Oakdale which was established in 1902. The second Parish formed was Newman in 1906 and it embraced Patterson, Crows Landing, Gustine, Atwater and Buhach. The next Parish formed was that of Turlock in 1910, then Hughson in 1921 and finally Our Lady of Fatima in 1951.

When the output of surface gold mining, originating in the rush of ‘49, began to decrease forward looking miners commenced to look for farming opportunities. Many such men settled along the rivers of Stanislaus County. Among them was John Murphy who had been mining at Gold Springs near Columbia in Tuolumne County. He built a home on the Stanislaus River about two miles N.W. of the present town of Salida in 1862 and there established his family. At intervals he used to drive to Stockton by team and bring a priest back to his home, where he would assemble his fellow Catholics of the vicinity for the celebration of Mass.

Mr. Murphy and a few other Catholics in the district petitioned Archbishop Montgomery to send a resident priest to Stanislaus County. Their request did not meet with any success at the beginning, until the necessity was impressed upon His Excellency. After a few months, Father O’Connor and Father Kennly said Mass in the home of the prominent Catholics coming from Stockton in a horse and buggy and were ferried across the Stanislaus River in a boat. At last, through the zeal of the pioneer priests and those excellent Catholic families, a small church was built with accommodations for about 200 people in 1878. This was the first Catholic Church in Modesto.

The original property consisted of ½ block extending fully between J and K Streets and half way between Eighth and Ninth Streets. On account of its location close to the railroad tracks and the small territory embraced within the corporate limits of Modesto, the property was secured for the nominal sum of about $750.00. Mr. Vezey was the architect and builder. The Church was 28 X 48 feet, a frame building and had accommodations for about 200 people. On account of the growing population, Father Giles in 1913 decided that a larger and more commodious Church was necessary and in that year built the present Church. It is a concrete and steel structure. The architect was Mr. Foley of San Francisco; the contractor was Mr. James McLaughlin also of San Francisco.

Mr. George McKeever was in charge of construction. The size of the present structure is 48 X 112 feet and accommodates about 600 people. The concrete building is of Spanish colonial style and has two towers about 75 feet in height. The original building in Modesto was dedicated by Archbishop Alemany in 1878. The present edifice was dedicated by Archbishop Riordan in December 1913. The following excerpts are taken from the “History of Stanislaus County”. “The building was dedicated on December 28, 1913; the building complete cost $23,500, the fittings $4,000, pews $1,500 and the memorial windows $1,000. The instrument used in the church was a small reed organ.”

In 1922, Father James Galvin hoping at some future time to move the parish to a more suitable location bought property at 16th and I Streets on which there was a large house. Father Galvin leased the building as an apartment house. Shortly after, the house burned to the ground and with the insurance which amounted to $12,000, Father Galvin started the erection of a hall on the corner of 7th and K Streets. Father Galvin later sold the property at 16th and I for about $20,000. With the lumber salvaged from the burned building and the old Church, St. Stanislaus Hall was opened in 1924 at the annual communion breakfast of the Knights of Columbus. The cost of the building was approximately $18,100. This Hall was used for many years by different groups and organizations in the Community.

The predominant nationality of the original population in the eastern section of the county was Irish and Irish decent and on the west side there was a scattering of Basques, Portuguese and Mexicans. Originally, there were about 100 Catholic families scattered about the territory.

Some of the outstanding pioneers associated with the early history of the Parish are: John Murphy, father of Mrs. Ellen Hammett, formerly of Salida; Michael Curran, who with Mr. Murphy donated the property for the cemetery; William McGinn who came in 1876; Mrs. Mary Rinhart who came in 1859; Mr. Bradley and Mr. Edward Kiernan who came in 1860; Mr. Fitzpatrick who came in 1879 form New York; Mr. John Dunn who located in LaGrange; Mrs. Carver, aunt of Mrs. Hammett; Mrs. Mary Curran; Mr. and Mrs. Giovanetti form Columbia; Mr. Joyce; Mr. Kehove; Mr. Casey who located in Turlock. 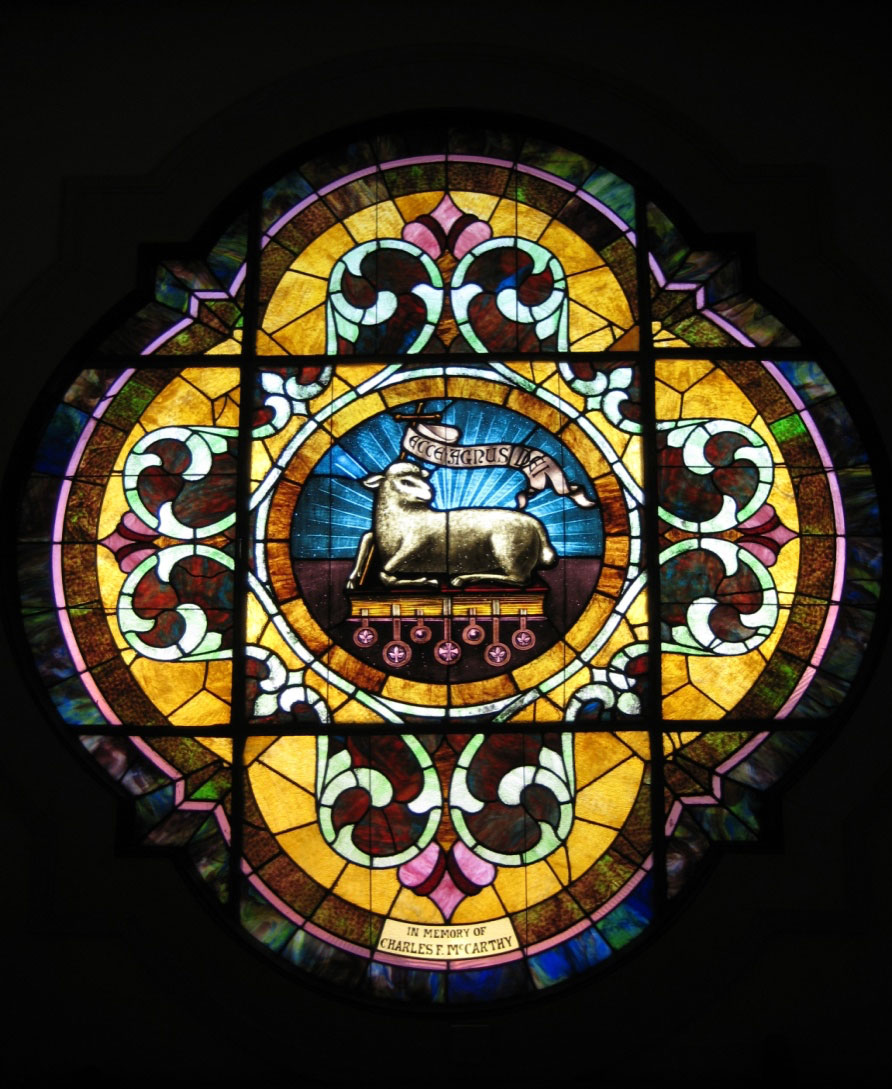 From the first early settlers and pioneer priests who banded together to establish our Parish to the far-sighted efforts to construct this Church and our new Church, there has been on common thread, determination.

Determined priests and parishioners dedicated to the welfare of present and future generations have worked together for more that one hundred and forty years to ensure that our parish continues to grow and serve the spiritual needs of its members.

Today, as we celebrate the centennial of our beloved “J” Street Church, let us give thanks to God for those whose determination has kept St. Stanislaus vital and thriving since 1870.